Things to Know before studying in the United Kingdom 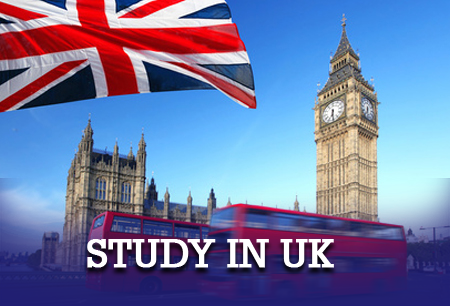 The United Kingdom is home to many world-class universities. It is therefore not surprising that the UK is a top destination choice for international students. Aside from the impressive educational standard, the UK is also one of the relatively cheaper countries to live in. As such, it is even more attractive to students who are operating on a budget.

Moving to another country is not as simple as it sounds. Before you pack your bags and head to the airport, here are a few things you should know about the UK.

The culture in the UK is a mix of several different cultures since numerous ethnicities live there.  You will come across multiple people from the same ethnic background while living there.  As such, the cultural barriers in the UK are pretty low. Most people find it very easy to integrate and adapt to their new society. As time passes, it becomes rather difficult to distinguish between residents and international students.

Overall, UK citizens are pretty tolerant and polite. You may end up hearing the word “sorry” several times in a single day. If you enjoy cultural diversity, you will find it enjoyable to live there culture-wise.

Food is the least of your troubles as an international student. Since the UK is home to several ethnic groups, several food options are available to pick from.  There are purposely set up stores that sell ingredients and spices that aren’t native to the UK or neighbouring EU nations. Chances are, you will find whatever kind of ingredient, spice, or dish you want.  Also, if you enjoy a variety of foods, this is good news for you. You will get to experience traditional cooking in several restaurants across the UK.

The weather in the United Kingdom isn’t exactly the best. However, it isn’t the worst either.  Even during the rainy or cold periods, residents are known to take walks in the countryside.  If you like making a splash, then this isn’t a bad idea for you. It’s not always cold and rainy, though. The UK also experiences sunny periods. Once the sun comes out, you can take a trip to the beach to have some fun. Summer in the UK is exhilarating; it’s an experience you shouldn’t miss out on.

The United Kingdom prides itself on being a multi-faith nation.  You will come across people of different religious backgrounds while living there. However, Christianity remains the official religion in the country. Beliefs that you may also come across in the UK include Islam, Buddhism, Judaism, and Sikhism.  Several people do not practise any faith at all. In fact, a large percentage of people belong to this group, second only to Christians.

You can also apply for work once your program is completed.  Graduates can stay in the UK for about two years while trying to find jobs relevant to their course of study. However, this needs you to have applied for a post-study work visa in the first instance.

Other things you should know

Studying in the UK can be fun and easy. You just need to take care of the necessary details beforehand. One thing most students fail to prepare for is health insurance. You need to prepare to purchase health insurance in the UK. It’s the only way to get access to the relatively affordable healthcare present in the UK. Without it, you may be left stranded during a health emergency.