Things to Know before Studying in Russia 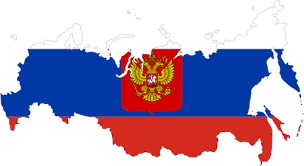 Well, when it comes to the arts, few countries can compete with Russia. Additionally, the country has a very high standard of education, and a degree from a Russian university is undoubtedly impressive. So, if you are interested in arts, history, literature and language studies, Russia should be a priority destination for you.  What’s more, there’s something for everyone else, be it in the sciences or the business world.

Still, before you pack your bags and head to Russia, there are some things you should know about the giant country. To help you out, here’s a list of the basic things you need to know before studying in Russia.

Since Russia is a multicultural country, naturally, its cuisine is quite diverse and broad.  There are several dishes that you can eat, ranging from the Tatar chak-chak to the Yakutsk stroganina.  While the names of these dishes might sound strange to you, they are pretty popular amongst locals and tourists. Russian cuisine is like an exotic buffet waiting for you to make your picks.

As you already know, Russia is enormous. As such, the country experiences a diversity of weather conditions. While the country is famous for being quite cold, the climate conditions are actually quite comfortable. It is fair to describe the weather as moderate rather than freezing cold. Nonetheless, you should definitely pack your winter clothes since the temperature levels can still drop drastically in specific periods.

Russia is home to over 160 ethnic groups. It is one of the most culturally diverse countries in the world. Despite this diversity, Russians are pretty hospitable and are known for inviting guests into their homes. A single visit to a Russian home will most likely leave you filled to the brim with food.

The natives are pretty superstitious, so keep that in mind while interacting with them. You should be courteous of their beliefs even if you don’t share them. All in all, as long as you are polite, your stay in Russia will be quite pleasant.

There are also many festivals and holidays in Russia. Easter, Christmas and the New Year are among the most popular and loved holidays. Other holidays you might be interested in are Tatiana’s Day, also known as Undergraduates Day and Maslenitsa festival.  Many other religious holidays are celebrated each year.

Work Opportunities During and After

International students can work during their time in a Russian university. However, this employment can only be during the student’s free time and holidays. Some universities assist their students in finding employment or contract jobs. However, if your university isn’t helping you, you will need to obtain a permit. This permit can only be issued by the General Administration for Migration Issues of the Interior Ministry of Russia. You should know that permits can only be given if you are enrolled in a full-time course at a state-accredited university.

Staying after your program is possible, but it is not an easy task. To do this, you will need a work permit or work visa that will allow you to work in Russia.  Some other documents will also be required to finalize your stay in Russia.

The official language of Russia is Russian. Some parts of the population speak other languages such as English, Tatar, and Chechen. While there are not many English speakers (only about 11% of the population), it is still easy to communicate while you are studying there. You can also think of this as an opportunity to learn another language, Russian. After all, it’s spoken by over 400 million people across the world.

When it comes to religion, Russia is just as diverse as its ethnicities.  The most popular religion is Russian Orthodox Christianity. It is closely followed by Islam and other forms of Christianity. However, some Russians see themselves as simply spiritual and not religious. Some groups belong to Tibetan Buddhism, Paganism, Tengrism and other Slavic faiths.

Now that you know all the basic information you need to know, get in touch with Arrows, let us help ease the journey to studying in Russia.